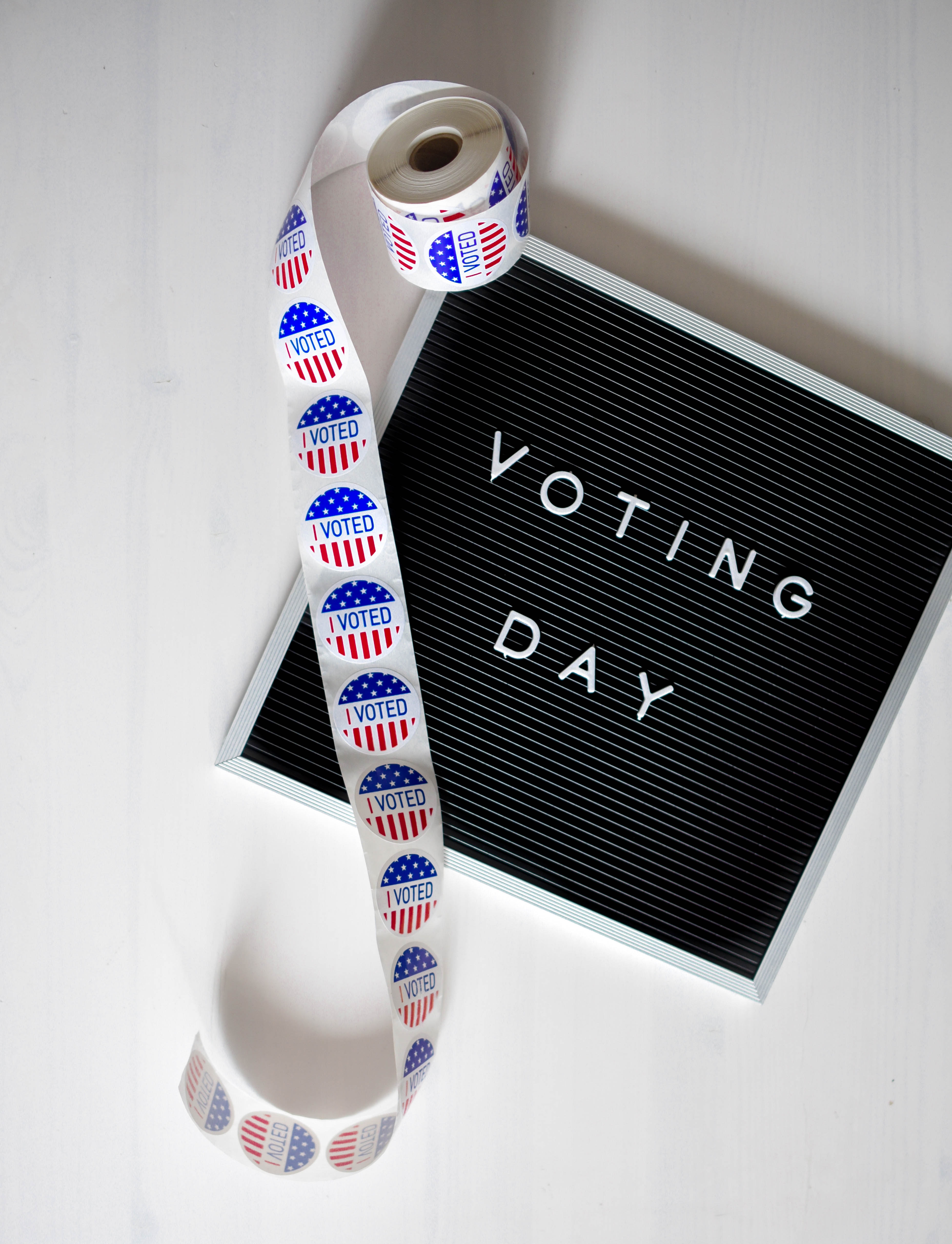 Voting rates in the United States hover around 50%. If voting is one of the keys to a successful democracy, why do less than 60% of voting-age Americans cast ballots in any given election?

Get Out The Vote strategies are entrenched in a battle against some fundamentally human tendencies. Behavioral economics tells us voter turnout is not as simple a matter as some of us do and some of us don’t. As Dan Ariely and Supriya Syal said in 2016, “…what we think others are doing, how voting makes us feel about ourselves, and what we need to do to vote all affect whether or not we participate on Election Day.”

Inertia: a tendency to do nothing

I think it’s reasonable to assume it’s physically easier to stay at home than to get to your polling place on Election Day. This is why making a voting plan is a key piece of overcoming the tendency to stay at home rather than get to the polls. A voting plan usually includes having answers to questions like: When are you going to the polls?; How will you get there?; and Do you need to bring your ID? A 2008 study demonstrated that citizens who received a call asking them about their intention to vote, and where, when, and how they would vote had a 4.1 percentage point higher likelihood of voting than citizens who only received a call asking them about their intention.

Getting people to vote is particularly challenging because the results are so abstract. It’s hard to tie one vote back to the result in an election, bolstering the claim that one vote doesn’t make a difference. And “Why does it matter if I vote?” sounds especially pragmatic the more deeply red or blue someone’s state or district. This demonstrates how strong the drop-in-the-bucket effect is on Election Day. Overcoming the draw of your couch to do something that feels like it has no impact is a huge challenge.

But everyone else does it!

If everyone else around you is wearing an “I Voted!” sticker, or you anticipate that by not-voting you would be the only sticker-less member at the office water cooler, you are more inclined to vote. These stickers are a visible way of seeing what “the herd” is doing. Because voting in the United States hovers around the 50% rate people who want to follow the herd could either vote or not! Because of the herd effect, making voting seem like the thing that most people are doing increases voting far better than the common practice of lamenting low turnout rates. In other words, if most people vote, not voting feels like shirking a social contract.

One of the most effective get-out-the-vote campaigns to date comes from a 2006 study in Michigan. Potential voters in the treatment group received direct mail noting that both they and their neighbors would be informed of who had voted after the election. Those who received this message had a higher likelihood of voting than those just reminded to vote. If we want others to think we are the kind of person who votes, the publicization of our voting record has a strong impact on whether we actually do so.

This even works if the information is not made public. When voting is framed as an expression of self-identity, rather than an activity, it has a causal increase on likelihood of voting. Not voting when we think of ourselves as a “voter” results in cognitive dissonance, something our brains aren’t very comfortable with. So if we are prompted to think about voting as an identity, we are more likely to vote. In addition, if we vote once we are more likely to vote in the future.

Automatic voter registration as a way to increase voter turnout

Theorists have long used automatic voter registration as a great example of how powerful defaults are. If you require people to opt out of being a registered voter rather than requiring them to opt in, you’ll end up with many more people on your voter rolls. For example, in Finland people are automatically registered to vote when they reach voting age. Despite people still having full agency to decide whether or not to use that voter registration to vote, Finland’s average voter turnout is 70.66%, over 10 percentage points higher than the United States’ voter turnout in the 2016 presidential election.

This large difference also shows that automatic voter registration goes beyond making more people eligible to vote. It establishes what is expected, normal, and recommended voting behavior. A Finnish citizen identifies as a voting citizen by default, creating cognitive dissonance if they don’t vote. In addition, because everyone is registered to vote there is a stronger herd effect than in the United States. That this also technically increases the size of the bucket, meaning each vote has a smaller impact, shows the power of these other behavioral signals.

Automatic voter registration does not automatically increase voter turnout, but it does remove one potential barrier to voting, establish a culture of voting, and prime someone’s identity as a voter, thereby increasing voter turnout.

Election Day is the ultimate test for behavioral economics

As we’ve seen, Election Day and efforts to get out the vote are a test of how ingrained our human tendencies are, and how we can be convinced to act against them. There are a lot of reasons getting people to vote is hard work and behavioral economics helps us understand why.

WANT BEHAVIORAL ECONOMICS IN YOUR INBOX?