Meet Beadnose. Beadnose is the 2018 winner of Katmai National Park’s “Fat Bear Week” and she’s our mascot for using the identifiable victim effect with environmental causes. 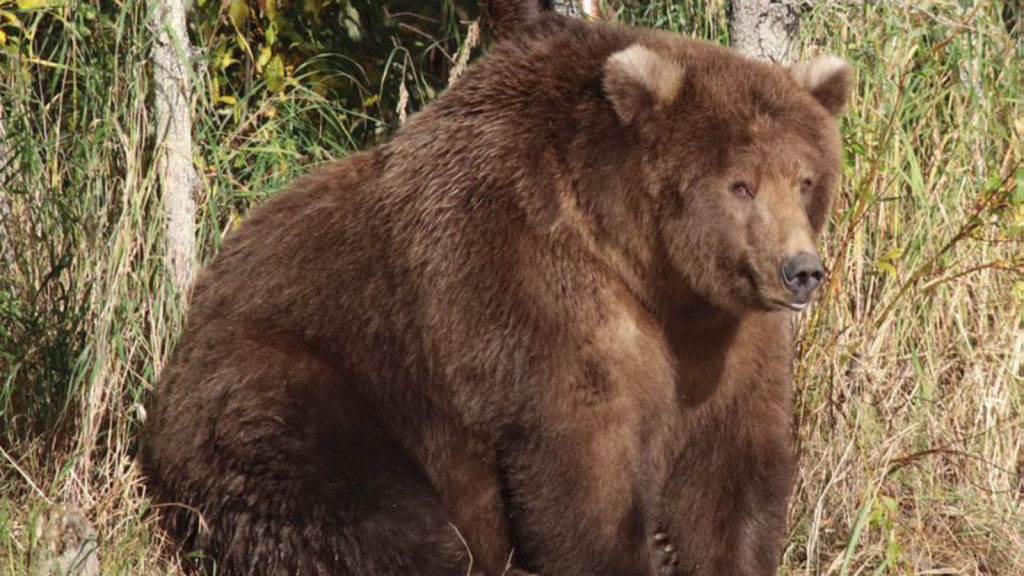 Katmai is a national park in Alaska that celebrates the heft of its largest citizens each fall, pitting them against each other until the largest (and presumably, most ready for impending hibernation) is left standing. The fatter, the better. Vox, Washington Post, Mashable, and more all covered the 2018 competition. This year, Beadnose was the winner. Below is 747, her toughest competition. (P.S. Obviously we know there are some issues with their methodology–poor 747 was photographed a month before our girl Beadnose! But we’ll let that slide.)

The identifiable victim effect has been demonstrated in the academic behavioral economics literature time and time again. People respond more strongly to a story of one identified victim than they do to statistics describing the full extent of a problem. This is why the world immediately responded to three-year old Aylan Kurdi’s drowning while fleeing the Syrian Civil War, despite the preceding hundreds of thousands of deaths from the war barely causing a stir. A makeshift shrine in Kurdi’s remembrance from September 2015 is pictured below. 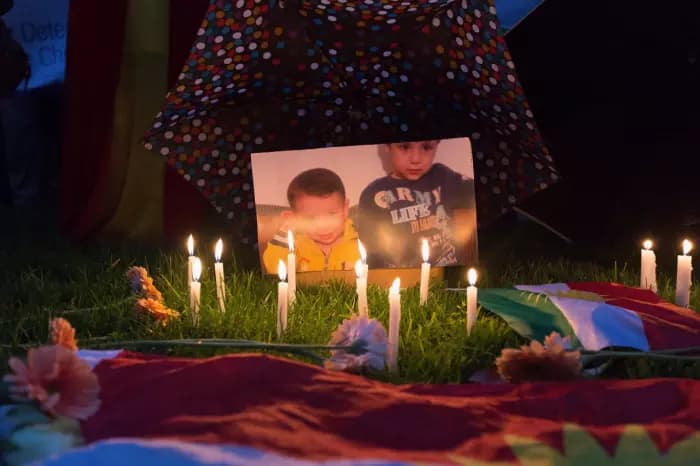 Karen Jenni and George Loewenstein of Carnegie Mellon University published seminal work in 1997 empirically testing the identifiable victim effect. The authors describe this effect with the example of eighteen-month-old Jessica McClure who was trapped in a well in late 1987 (pictured below both then and now). Her story was widely publicized and sympathy and donations poured in to save her. The authors point out that the $700,000 raised for her could have saved hundreds of lives if instead it was used for children’s preventative health care.

The authors showed that one reason this effect may exist is that when a victim is identified, the proportion of those at risk who can be saved is far higher than when a victim is not identified. This increases the certainty that more of those at risk will be saved when an individual victim is identified, therefore increasing people’s propensity to give. The certainty bias is explained more in this blog post. 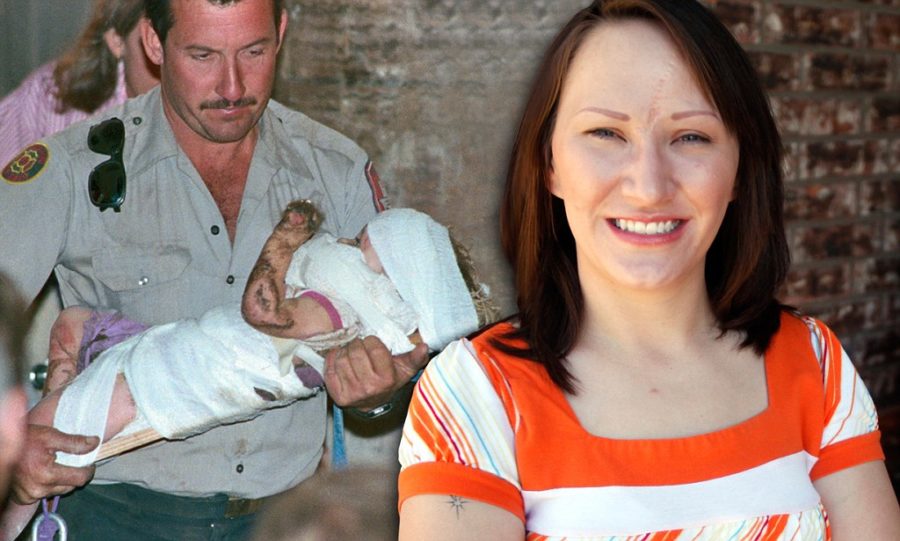 Using the Identifiable Victim Effect as an Environmental Nonprofit

When our CEO Nate gives talks around the country, spreading the word about the power of behavioral economics to help nonprofits engage existing supporters and recruit new ones, someone in the audience often brings up this question: How do you use the identifiable victim effect as an environmental nonprofit?

There are A LOT of environmentally focused nonprofits out there. Maybe you’re one of them. Because behavioral economics reports that the identifiable victim effect increases both the amount and likelihood of donation (on average), it’d be silly not to utilize this tool. But how do you do it? You’ve got three options. Let’s dive in.

This is the strongest of your three options. The story of Beadnose above is a great example of how animal advocates can give names and tell stories about an individual animal to utilize the identifiable victim effect.

Anytime I come across polar bears in the wild, they have shown me something amazing. Whether it is a brilliant display of their intelligence or power or a playfulness – like this one who surprised me by falling asleep clutching a piece of ice – bears are individuals and real characters. Polar regions are at our mercy, as sea ice rapidly disappears due to warming temperatures. These polar ecosystems will be the first to experience massive change, but every other biome on Earth will follow. We need to take action today.

If your environmental organization is more focused on large, abstract concepts like climate change or nature, you can capture people’s attention by telling the story of the animals impacted. Paul Nicklen does this in his work telling the story of climate change using both exceptional photography and anthropomorphism. You can check this out on his instagram feed here. 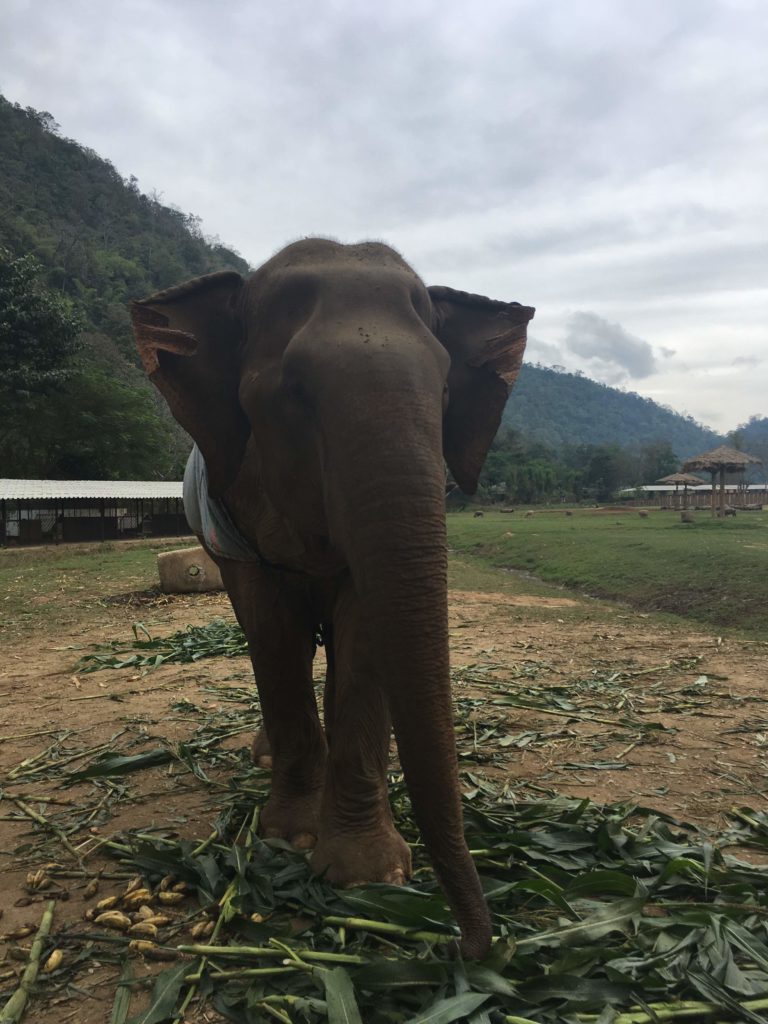 One of my personal favorite charities is Elephant Nature Park in Chiang Mai, Thailand (I highly recommend booking a visit if you’re in that neck of the woods!). The Park rescues elephants from situations where they’re tortured into providing rides for humans, performing, and/or participating in logging operations. The elephants then come to live at the Elephant Nature Park sanctuary.

The Best Friends Animal Society is another example of an animal-focused nonprofit that uses individualization and anthropomorphism to advance their cause. Best Friends features stories of the animals they have available for adoption on their website, playfully exploring the animals’ personality and allowing website visitors to either adopt or sponsor that animal.

2. Focus on how your cause secondarily impacts an identifiable human victim.

The hard part about this second tactic is to actually find an identifiable human victim whose story you can share in a way that is both compelling and directly attributable to your nonprofit’s work. Once you do that, the rest is a cake walk! Use striking photos and ensure the victim’s eyes are visible. Simply tell their story, connecting back to why this person’s story is related to your nonprofit’s work and also providing a value proposition for why the reader should donate.

3. Tell your founder or chief advocate’s story about why they started or joined the nonprofit.

How did your organization get started? Use this story and person as your “identifiable victim” if you can’t find another compelling one! This works especially well if your founder or chief advocate also fits under option #2 as an identifiable human victim of the cause you’re working to defeat. This makes the story personal and individual, ideally inspiring the reader or viewer to take action.

If you have an idea you want to test out or need feedback on, email [email protected] to set up a free consultation!