It’s All In the Numbers Part 2: 3 More Tweaks You Can Use Today

As we discussed in Part 1, numbers can be a nonprofit’s best friend. And diving into what behavioral economics has to say about how people understand and react to numbers can help harness numbers to make your nonprofit’s story as compelling as possible.

As a reminder, Part 1 talked about scope insensitivity, framing, and loss aversion. Part 2 will give you three more ways you can make small tweaks to the numbers you’re using to get donors lining up to give you money. Let’s jump into Part 2.

3 More Tweaks You Can Use Today

1. Emphasize that donations are more than a drop-in-the-bucket. 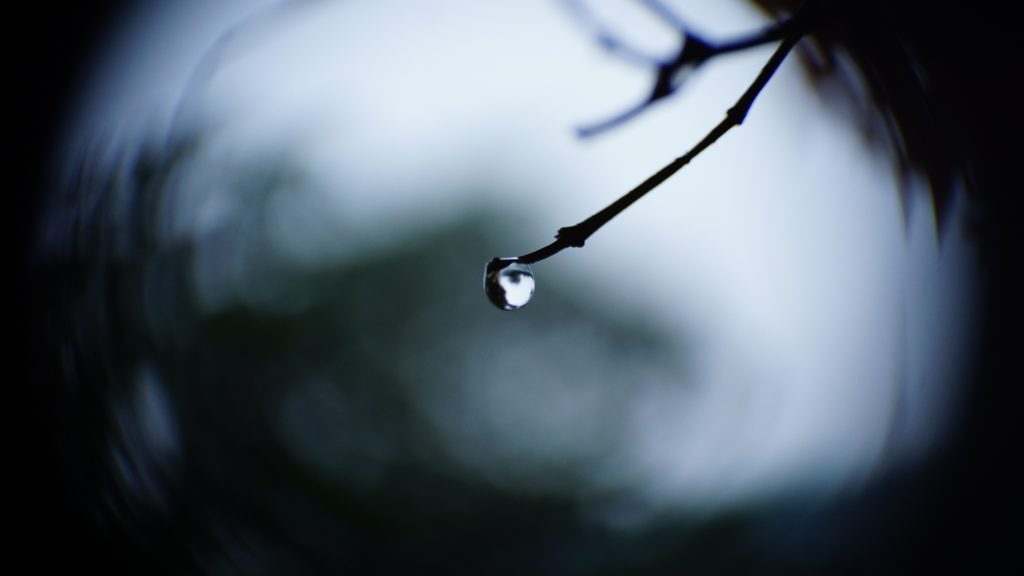 The drop-in-the-bucket effect demonstrates that when people feel like they’re only making a tiny contribution in relation to the magnitude of a problem, they are less likely to make even that tiny contribution. Their efforts seem almost meaningless in the grand scheme of things. To combat this, you want to provide donors with an easy way to understand the impact of their donations, like: “For every $10 donation you can provide a life-saving vaccine for a child.” Make sure your donors feel like their contribution will make a difference.

Action Item: Don’t frame an individual’s gift as a small part of your larger efforts. Instead, make that individual feel like they’ve made an impact by framing their gift in a meaningful and tangible way. If your nonprofit is able to help with a large proportion of the problem you’re seeking to solve, you can also use that proportion language to combat the drop-in-the-bucket effect.

2. The number someone sees first becomes their anchor — make it a good one.

Anchoring is a particularly effective type of priming where initial exposure to a number serves as a reference point and influences subsequent judgments about value. It also refers to the cognitive bias describing the human tendency to rely too heavily on the first piece of information that an individual receives (called the “anchor”) when making a decision. Once this anchor has been established, any subsequent judgments are made by adjusting away from the anchor, and there is an overall bias toward interpreting new information around this anchor. 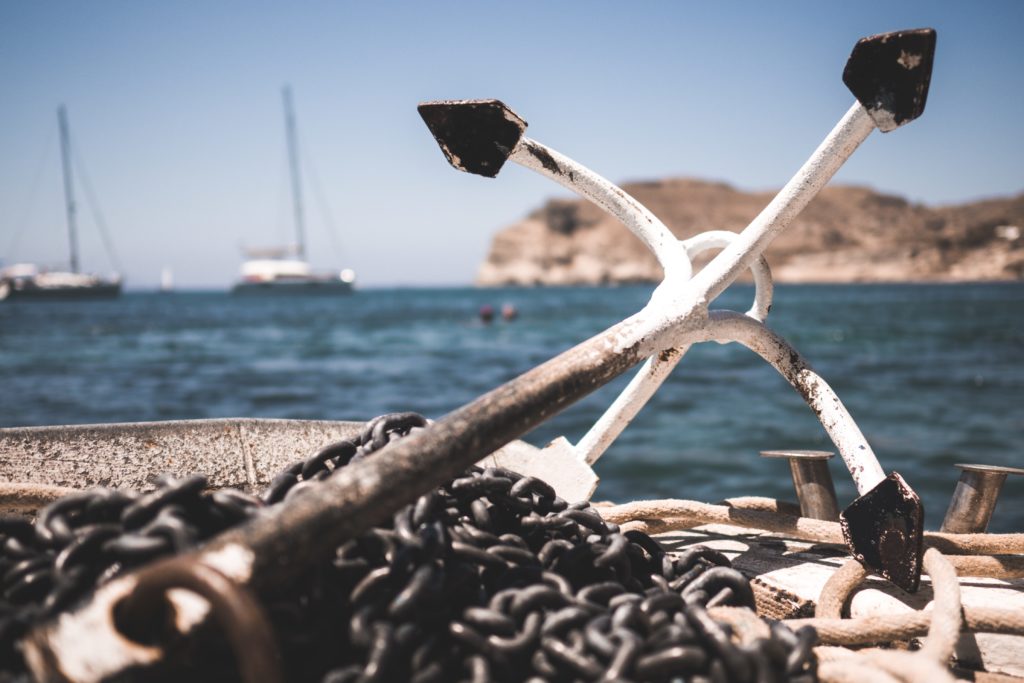 How much a donor gives to a nonprofit can be significantly influenced by a strategically placed anchor. Taking the time to understand this tool and employing it effectively will serve your nonprofit well moving forward. For example, this can be used when presenting various donation options or giving levels. If presented with a $1, $3 or $5 donation can result in lower donation totals than if a nonprofit presented $3, $5 or $10 donation options.

Action Item: Take a look at your donation array and think about how it could be anchoring people. An A/B test is a great tool for assessing what impact changes to your donation page might have. If your array is ordered highest to lowest, change it to be ordered from lowest to highest because having the highest amount on the left turns off donors and decreases donations.

3. Build on your strategic anchor by using the herd effect and social norm theory to make it even more powerful.

In an experiment conducted by Shang and Croson, after being greeted by a volunteer, callers were either randomly assigned to a control condition (where they were given no social info) or were told “We had another donor who gave $X dollars. How much would you like to give today?” The values of X were the following: $75, $180, and $300. The primary result of this experiment was that providing social information increased the amounts people donated. This social information encourages people to abide by the social norm of giving a certain amount. You can also use social information to encourage people to come along with what everyone else is doing.

This is the herd effect in action: If everyone else seems to be doing something, people don’t want to be left behind. And they also infer that it is a right, or at the very least socially acceptable, thing to do. Further, the most effective social donation for boosting the participants donation level was $300, increasing giving by an average of 29%. This demonstrates that people are anchoring to the social information they are given and using it to inform their own giving. This finding can be observed in the figure below: 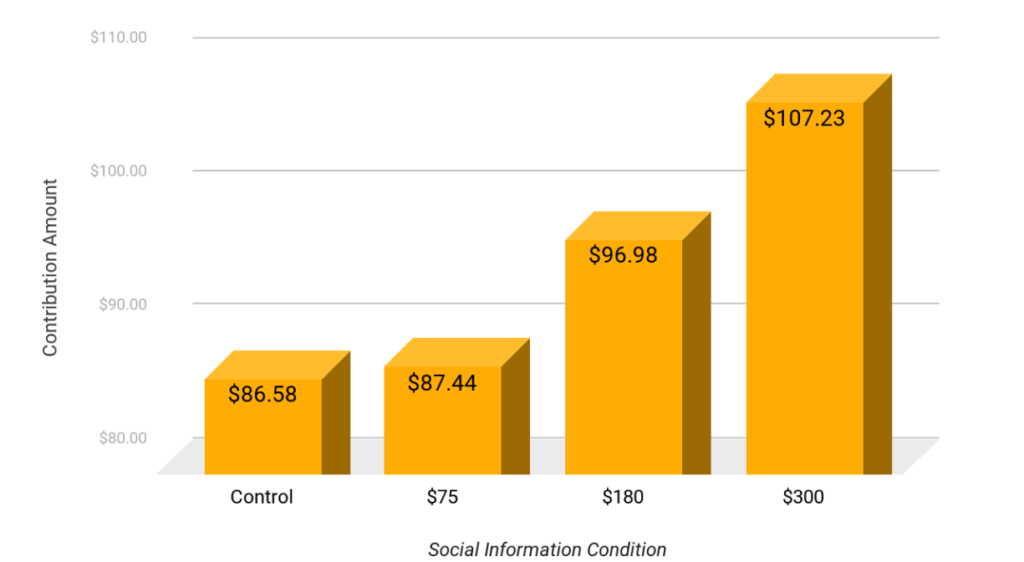 And that’s it! We’ve talked about 6 small tweaks you can use today to tell your nonprofit’s story even better, using the numbers you already have. In Part 1 we had scope insensitivity, framing, and loss aversion and in Part 2 we discussed the drop-in-the-bucket effect, anchoring, and the herd or social norm effect. If you didn’t get a chance to read Part 1, I highly recommend checking it out here.