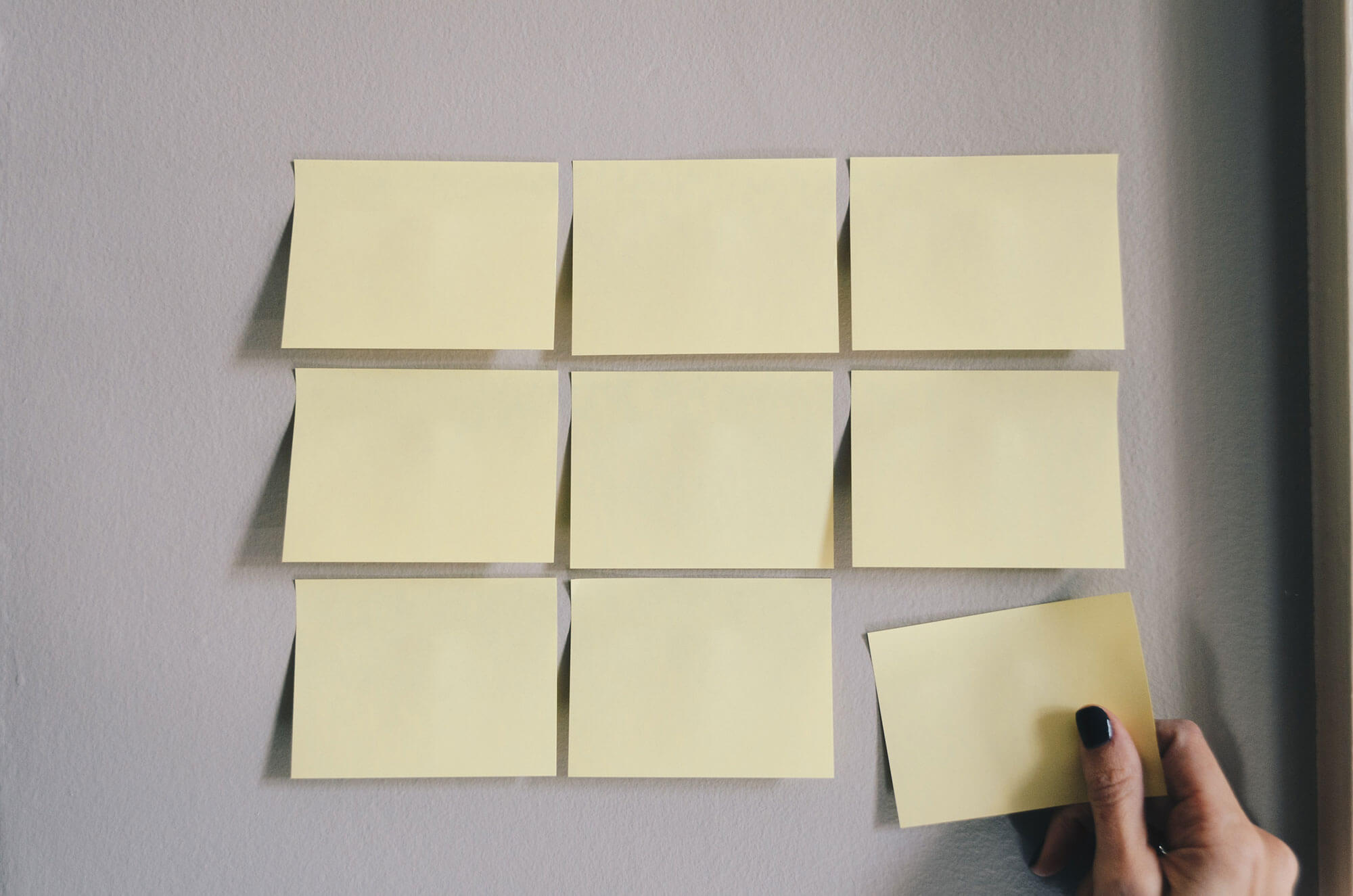 Could Pseudo-Set Framing Boost Donations for Your NPO? What the Research Says

There’s a new player in the world of NPO donations, and it’s making major waves. It’s called pseudo-set framing, and it’s one of the most effective science-backed methods for getting more donors to support your organization.

Outlined in a 2017 study conducted by Kate Barasz, Leslie John, Elizabeth A. Keenan and Michael I. Norton published in the Journal of Experimental Psychology, pseudo-set framing is the practice of arbitrarily grouping items and tasks to form an apparent “set.”

When used correctly, this method motivates people to reach perceived completion points. This can be applied to your NPO’s donation strategy to not only create higher donor numbers but to see larger contributions from the donors you do enlist.

Here’s what you need to know:

Pseudo-sets are arbitrary groupings of items or tasks used to drive a specific outcome.

The 2017 study mentioned above gives this example:

An NPO is asking people to donate time writing cards to isolated seniors. Before they start participating, volunteers are told they can complete as many or as few cards as they want. In this structure, donors would write a few cards and then call it quits.

If the NPO behind the drive groups cards into sets of four, though, card-writers would suddenly become more likely to complete four cards a piece. This is a pseudo-set. 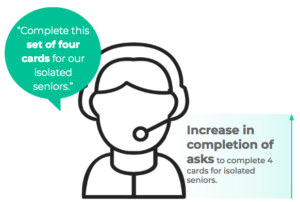 By grouping items or tasks, NPOs create the notion of a group, which alters a person’s perception of completeness, and activates their desire for it. Fascinatingly enough, this desire for completeness persists even when the person must put in additional effort without earning an additional reward.

To put this another way: people love sets, and completing one activates the reward centers of the brain.

Sets also have an impact on consumers’ shopping and donation behaviors, as people tend to choose items according to how well they mesh with an existing set. Because of this, donors are more willing to support causes with a “cohesive set of victims (six disadvantaged children from a single family) than to the equivalent number of discrete victims (six individual children).”

Here are a few of the effects sets have on donor behavior in the NPO space:

With all of these things in mind, it’s clear that NPOs can use sets to elicit desired behaviors and drive donors to participate in new and interesting ways.

How to Create Pseudo-Sets for Your NPO: 3 Actionable Tips

Now that you know pseudo-set framing can work for your NPO, how do you go about creating one? What exactly constitutes a pseudo-set?

The answer to this is varied. For example, while people can perceive dots on a page as part of a larger set, that perception depends on the placement and appearance of the dots. Regardless of their application, pseudo-sets depend completely on configuration.

Here are some tips for developing pseudo-sets for your NPO:

NPOs can construct arbitrary pseudo-sets by grouping even scattered and diverse tasks or items. The fact that they are in a set together will create a sense of unity, and the NPO will not need to offer any further explanation for the groupings.

While there are many ways to demonstrate “set-ness,” one of the easiest is to maintain a continuous characteristic throughout set configurations.

For an NPO, this could mean that the tasks or items are different, but the goal behind them is the same.

3. Show Donors How Close They Are to Completing a Set

Back in 2016, the Canadian Red Cross utilized pseudo-set framing to drive donations for their holiday campaign.

They invited donors to either give a cash gift or contribute a “symbolic gift,” which was defined as six tangible items for people in need ranging from blankets to food.

The CRC set up three landing pages – one for cash donations, one for gift donations, and one emphasizing that donors could provide full sets of donations, wherein more gifts meant more impact.

These donors were presented a bar that described how much of the order had been “filled in” as they added items. What the CRC found was that pseudo-set framing increased the likelihood that donors would choose a complete set of items. 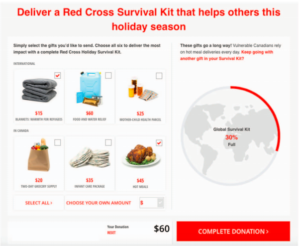 Pseudo-Set Framing: A New Path for Your NPO

If you’ve never considered pseudo-set framing for your NPO, now is a great time to begin. By contributing to a sense of completeness and thus increasing giving, pseudo-set framing can boost your donations and result in more engaged donors.